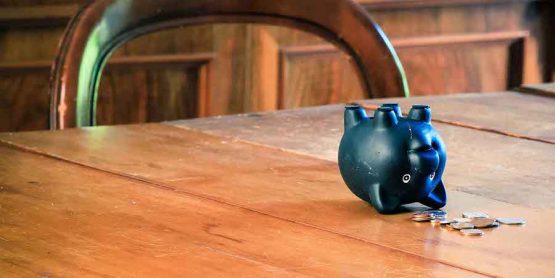 What dreams may come

Lending continues to be one of the ways to realize the dream of a beautiful life for Russians. M.B.A. Finance took part in the organized by the portal Banki.ru survey among collection agencies about the scope with which the borrowed money is used and what happens after they come to an end.

Tired of that neighbour has always better things

From time to time, collection agencies in their work are faced with debtors who took out loans on unimaginable things from the point of view of the income and common sense of purchases, said at the press-center of the SRO NAPCA. “Such cases you will remember for a long time. For example, a young man of 33 years old took a loan to buy BMW, and a monthly payment was 10 thousand rubles higher than his real income. The purpose of the purchase — acquaintance with girls. Of course, he failed with payments. It would seem that in youth it is forgivable to make mistakes, and with age people become wiser and no longer seek to impress others with expensive things. But, it turns out, this belief doesn’t work. In practice, there was a case when 60 years old woman actively made out credits for purchasing the last models of the farm equipment. According to her, she was tired that the neighbor has always better things and more expensive than her.”

This type of borrowers associates the idea of a beautiful life with the latest iPhone model, expensive restaurants and traveling — it is for such purposes that credit money is mostly often spent. “We come across such situations when the debtors say that they took out loans to live a “beautiful life”. In practice, this means that money was spent on expensive phones, restaurants and trips abroad. One such dreamer contrived to take out loans in cash on the sum of 2 million rubles, — said at the company “GC Financial services”, — There was a case with a girl who took a loan to realize her dream of traveling: for six months she visited Cuba, Mexico and Peru. But the debt for her was paid by the relatives.”

Collectors note that such borrowers do not recognize the fallacy of their actions. “We had a situation when the debtor burst into the office of the company with indignant cries and accusations that we had no right to disturb her, to tear her from the business (to call and write letters). However, she looked like a fairly wealthy girl. She arrived in an expensive car, but the question of why not return the debt, picturesquely clapped her eyes and said that she could not do it right now, but we should not call her and send written demands — no one should know about her debt! She was very nervous and asked to wait for, but the main thing was don’t call her. Definitely, she will return to this issue, but later. At that moment she had a couple of loans in different banks for a decent sum. As it turned out later (according to her relative, who paid all the debts some time later), in the pursuit of happiness, the girl took out loans to make some changes at her appearance and could not admit to her future husband,” said Fedor Vahata, the Chief Executive Officer of “M.B.A. Finance”.

Specifically for the portal Banki.ru, the Bank “Vostochny” has analysed spending in the segments that could be attributed to demonstrative consumption, as well as changes in the purchasing model of them in the spring of 2019 compared to the spring of 2018. Possible “demonstrative” categories were classified according to the MCC (Merchant Category Code) as “Clothing and footwear” (shopping centers), “Digital technology, telecommunications equipment”, “Fur salons” and “Jewelry”.

“The analysis of the operations in these segments showed that the customers of the Bank “Vostochny” in 2019, indeed, began to purchase expensive clothes, shoes more often, and the number of the operations in the segment of digital technology increased. Growth in the spring of 2019 was 10% in annual terms. At the same time, in the segments of “Fur salons” and “Jewelry” (traditionally leading in the field of so-called demonstrative consumption), on the contrary, there has been a decline. Thus, the number of purchases here in 2019 decreased by 25% (“Fur salons”) and by 7% (“Jewelry”). The average check also grew in 2019, but unevenly: in the segment of “Clothes and footwear” — by 8%, “Digital technology” — by 10%, “Jewelry” — by 12%. And in the category of “Fur salons” check decreased, and significantly — by 22%. In general, spending in the segments that could be called as demonstrative consumption — branded clothing, smartphones of the latest models, luxury jewelry — is not typical for the traditional purchasing behavior of the credit cardholders of the Bank “Vostochny”.

The percentage of the purchases is small, mostly loans are taken for more significant purposes, said representative of the bank “Home Credit”. “According to surveys of our customers, the purpose of lending remains quite fundamental. The most popular goals are repair, purchase of real estate and car, traveling. indeed, some clients buy on credit and installment expensive goods from the segments of clothing, household appliances and electronics. However, the percentage of such purchases in the total volume of lending to individuals is small,” – reported the bank press-center.

According to Fedor Vahata, the policy of banks has become more balanced — financial organizations evaluate their borrowers and proportionate the risks. By turns, borrowers have learned to approach the situation sensibly. “But there is also a category of people who still live today and short-term desires. This is a small percentage of the total mass of debtors. We can’t say that it’s the worst violators, but their understanding of the debt does not relate to the responsibility that arises in front of them,” said CEO of M.B.A. Finance.

The lion’s share of such clients is young people. “The lending market for the purchase of various elite and branded accessories is developing by leaps and bounds. Loans for a new model of branded phone and car loans are the most harmless. Of course, the main clients in this segment of lending are young people of the age of 20 – 30 years. Various credit institutions and MFOs very welcome such small loans, as a rule, issue them at a high percentage, so they do not apply any additional practice for the selection of clients and give money on a common basis,” the Loco Bank noted.

Nothing to take from me

According to “GC Financial services”, the motivation “I take now, I will give if I can, and if I can’t — nothing to take from me” is very common. Partly, this could be explained by low income. “If we discard the “big Moscow” and “big St.Petersburg”, we will see that the most part of russians earn 15-20 thousand rubles a month. Outside the regional centers earnings are twice lower. Thus, the income of the population is low as a whole, which makes almost any purchase of durable goods expensive. Of course, credit in this situation is often the only way out. Borrowers have the lack of skills in the life planning, the income planning and risks forward at least for some months. Therefore, they make “excessive” purchases, which are perceived as a chance to live better, and later — perhaps we will think what to do . Hence the numerous credit iPhones for people with a salary of 20 thousand rubles a month, and flights to Cuba on the budget of a two-year salary.”

“Such people are the hostages of themselves, commit their actions rashly and in a fit of emotions. When the time is coming to return money back, they can get in touch, explain that they can not return money or they simply do not have it, tell what purpose the loan was taken for, but something went wrong,” added Fedor Vahata.

According to the President of SRO NAPCA, the purchase of expensive phones, watches, cars, branded items on credit is linked with the desire to seem richer and more secure, but this leads to the opposite result. “The moment is coming when such debts are overdue and appeared an understanding that any debt is red with payment, but brands and other props do not help much in this. In practice, a little more than a quarter of debtors are ready to get rid of their luxury goods, but the amount received after the sale is not able to cover the debt. At the same time, a significant part of such debtors are not ready to say goodbye to their idea of a beautiful life, fearing condemnation of the social circle in which they aim to get with the help of such purchases.”

“From a psychological point of view, the demonstrative consumption is making wasteful purchases that are not necessary,” explains the expert of the consulting company “MM-Class”. “The purpose of the demonstrative consumption is to illustrate prestige, status, uniqueness to a significant reference group. Primarily, the driving mechanism is a combination of narcissism and low self-esteem. Of course, unlike the adherents of conscious consumption, such clients that bring good interest on the loan and are ready to take the loan again after paying off the previous, are profitable to banks. The desire to be “on a top of success”, having the latest model of iPhone or a car, requires more and more new purchases”.