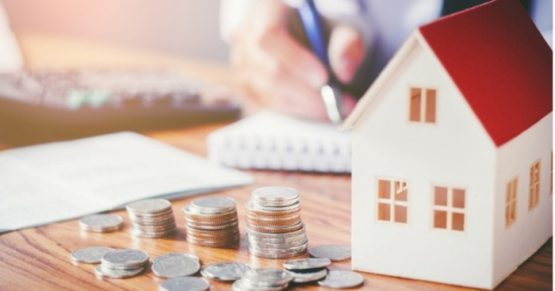 The average income of a mortgage borrower in Russia is about 40 thousand rubles. Thus, the monthly payment to the Bank takes up to 45-50% of his income.

According to the study of the National Association of Professional Collection Agencies (NAPCA), the average payment in this segment is 16-17 thousand rubles but depending on the region it varies. So, in large cities it can be 1.5 or even 2.5 times more.

“Over the past few years, the mortgage has become the most popular loan product. We have seen a steady growth in the mortgage market and increasing the share of it in the loan portfolio of banks”, – said Fedor Vahata, CEO of M.B.A. Finance.

According to the NAPCA’s study, the average client pays 45-50% of his income to fulfill his obligations. However, analysts pay attention that mortgage is better to say, a family product. This means that in the context of a family and in the condition that it consists of two workers, this turns out that repayment of the loan takes up to 25% of the family’s income. And this is certainly a more feasible task. Nevertheless, if we consider that the average loan term only for the last 4 months increased by 3% and reached 17.8 years, “it is practically impossible to foresee all risks for such a long period. It is for this reason that clients become late in their repayments,” – pointed out the experts of the Association.

As Boris Voronin, the Director of the self-regulated organization (SRO) “NAPKA”, told to the “Financial newspaper”, at the end of 5 months of this year, the amount of overdue mortgage debt in Russia reached 73 billion rubles. “At the moment it is about 1% of the mortgage loan portfolio. And a year earlier, the amount of overdue debt was at the level of 71.9 billion rubles,” -he explained. Thus, according to the expert, despite the growth of 1.5%, “the share of overdue debt is at the same level, which indicates a stable situation in this segment of lending.” Obviously, mortgage lending has its own specifics: unlike those Russians who are gaining consumer unsecured loans, a mortgage client is interested in preserving their real estate. So he rarely hides from the lender, trying to do everything to the apartment was not seized by the Bank for regular skips payments.

Nevertheless, as Yuriy Kudryakov, the General Director of the financial market “Unicom24”, points out, there are still risks that some citizens will not be able to cope with the payment burden. “For now, about 65 thousand mortgage clients are in deep delay. That is, they are those who did not make payments on the loan for more than 90 days. It means that this delay can no longer be considered technical,” – said Kudryakov.

Realizing that the number of such debtors may grow in the future, the Government has developed a number of supporting measures. One of them is “mortgage holidays”, which will take effect on July 31. According to the law, borrowers who find themselves in a difficult situation will be able to count on exemption from loan payments for up to 6 months. But only those who have not previously got out a “mortgage holidays” will be able to use the opportunity. This means that such a “lifeline” can be used only once in all 15-20 years.

As pointed out by Mr. Vahata, mortgage loans are recoverable as are secured by real estate. Therefore, banks are solved to sell them, as a rule, only in extraordinary situations, and only if there is a sharply lack of own resources. “Banks themselves are willing to deal with the return of overdue debts, actively suing – if the situation is completely out of the control. In addition, they offer restructuring and reduction of interest rates, which contributes to improving the quality of borrowers’ payments,” – he said. And noted that there is no developed practice of transferring mortgage debts to outsourcing in Russia. “Of course, sometimes it happens, when a Bank cannot do [the collection – “FinNewspaper”], and then it decided to sell. But, actually, these are isolated cases,” – emphasized Vahata.

Still, analysts of NAPCA appeal mortgage borrowers not to forget about the “golden rule” – taking a loan for the housing purchase, it is necessary to form a safety cushion in advance, which should be enough for at least 2-4 payments. “In the two-thirds of cases, debtor will need at least 3.5–4 months to solve his financial problems and return to the payment schedule,” – the study said. Not a secret that lenders are not interested in obtaining a mortgage security back. For this reason, banks begin all the long procedures which are required to seize the mortgage only after a long-time delay.

Anyway, it is better to avoid this situation.