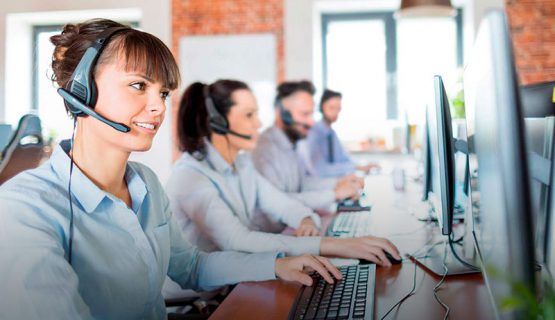 Polite people. How do collectors live after the introduction of the Federal law on their activities

June 25, 2019 – M.B.A. Finance took part in the publication of the newspaper “Delovoy Peterburg”

The image of strong guys with baseball bats, knocking out debts in the truest sense of the word, finally gone. They were replaced by annoying operators of call–centers, able to bring to hysteria even the most persistent debtors.

The law 230–FZ entered into the force on January 1, 2017, was intended to streamline the activities of collectors. However, after 2.5 years, not all market players understand for what purposes it was needed. Meanwhile, Russians continue to build up debts, living on the principle of “you take others’ and for a while, then you give your’s and forever”. “DP” tried to figure out how the market of collection services is arranged.

Since January 2017, Russian collectors have been working according to the rules established by the law 230–FZ “On protection of the rights and legitimate interests of individuals in the implementation of activities for the repayment of overdue debts…”. It is not so easy to become a collector – you need to have net assets of at least 10 million rubles, for the same amount to insure liability for possible damages to the debtor and meet a number of technical requirements. In addition, it is necessary to make information about yourself in the register, which maintains the Federal bailiff service (FSSP). At the moment, there were 254 companies (in June 2017 – 126).

Law 230–FZ is accepted to laud for the fact that it expressly prohibits the use of threats, deception or psychological pressure against debtors, not to mention physical violence. It sets the maximum number of calls and how to make written demands.

Members of National Association of Professional Collection Agencies (NAPCA) are generally satisfied with the Law. Although, they recognize that some improvements would be useful.

“The market has become more transparent, there are clear standards that all participants follow. Now it is impossible to talk about efficiency, if you just make calls with a reminder of the debt repayment or come to the debtor with a notification. In order to be an effective collection Agency, it is necessary to constantly improve SOFTWARE, analyze and automate processes, use speech Analytics and Data science”, — said Fedor Vahata, CEO of M.B.A. Finance.

Also there are enough critics of the law 230–FZ. One of the most decisive and categorical is Andrey Vlass, the Financial Ombudsman of the Association of Anticollectors of Russia (AAR). “The law was created by the collection community, the Association “NAPCA” together with the Association of Russian Banks – he said. — The task was in following — to make the niche more closed, so there was no opportunity to include anyone extra, but only the chosen ones remained. I can’t call it a law at all. It is contrary to the current legislation. It has not been tested for compliance with the Criminal and Civil codes. Stylistically, and grammatically — there are all the criteria of the Amateur performance”.

Many players of the legal services market say that almost all collection agencies included in the Register are affiliated with a particular Bank. It is difficult, or even impossible, for an independent company to become a collection agency. The paradox is that few people are confused about the situation. Some legal companies are quietly working in the field of debt collection, and simply not using the methods that are regulated by the Law 230–FZ. One of them is LLC “Lawyers of St.Petersburg”. For promotional purposes the company uses the brand “Collectors of SPb”, but in the registry it’s not listed.

“There is no need in additional laws for collectors, — convinced Alexey Anufriev, the representative of the company. — This is unnecessary and extra work of our legislators. When we are approached by clients, the first thing we prepare is a statement of claim to the court. And we ask to impose interim measures on the debtor’s property. This will exclude the possibility of abuse of legal right and alienation of property. We do not interact with the debtor. And through the court we seek debt repayment. This form of debt recovery is more effective than what collectors do.”

Andrey Vlass is quite agree with the comment: “There is a prescribed procedure for creditors, if they can’t return money back. Write a claim, if within 10 days you don’t get an answer — submit to the court. The court rules a decision, determines the amount of debt, then bailiffs receive a writ of execution and open enforcement proceedings. They can limit travel abroad, and much more.There are all tools. Tell me: What do collectors do?”

However, In NAPCA, they emphasize that collectors also use more actively the judicial ways for recovery. According to the Association, over the past 2 years, creditors have filed about 10 million claims for recovery. And in 95% of cases the court sided with the creditor. As a result, the debtor found himself in an even more desperate situation than if he had paid the amount of the debt with interest, without bringing the case to a court.

Even the toughest critics admit that the debt collection market is becoming civilized. If earlier the AAR hotline received about 200 calls daily with complaints about the actions of “debts beaters”, now this number has been reduced to five per month.

The notorious hard–collection (those annoying calls, sometimes crossing the line of acceptable), however, has not gone away. To avoid problems with the law, now, this service have been often ordered abroad.

“I was approached by representatives of microfinance organizations that work with a certain company from Kazakhstan, the name of which I do not know, — says Alexey Anufriev. — They have a big office there, they call to debtors. When I offer the legal ways to repay debts, they are afraid of the prices, and then go back to these guys from Kazakhstan.”

Another segment of the “black market” of collection services — the activities of the security services of banks, which sometimes operate completely outside the law, reminding about the most dashing times when the main weapon of the collector was a baseball bat, not the Civil code.

But the root of the problem still remains in the psychology of people who are willing to do anything to avoid paying the bills. And they sign loan agreements with crazy interest rates, as if tomorrow will never come.

“Many people have never paid their loans at all, — says Andrey Vlass. — They start immediately with the fact that they write a complaint against the Bank to which they owe money. I say to them: “Let’s file for personal bankruptcy?”No, we’d better write a complaint.”