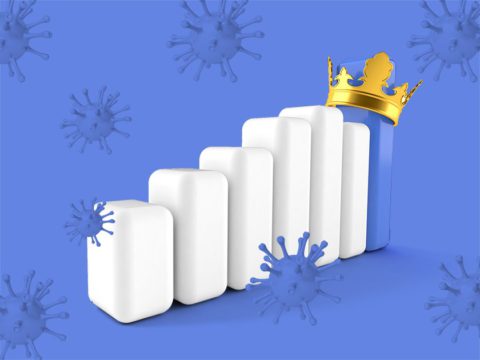 Debt’s “crown”: the number of defaulters will grow

According to debt collectors, the number of debtors on loans and microloans due to the crisis may double or even triple in a year. It is mainly due to the fact that people will lose income. Debt collection market participants are preparing to buy portfolios of overdue loans at reduced prices, develop their own credit vacation programs for debtors, and warn of possible activation of “black collectors”.

Loans in the hope of better times

The coronavirus pandemic and the economic crisis will contribute to the growth of debts’ volume of Russians and the number of debtors, told to the portal Banki.ru in the debt collection companies. However, market participants ‘ forecasts differ.

According to Fedor Vachata, the General Director of M.B.A. Finance, the number of debtors is growing by about 4% from year to year, and due to the current crisis, it may increase by two or even three times. “At the moment, it is very difficult to predict when the quarantine will end and what pace the country’s economy will recover. It means that it is unlikely to expect a recovery in the population’s income in the foreseeable future,” he notes.

Roman Volosnikov, the CEO of NSV, believes that if the unfavorable economic situation continues for more than six months, by the end of the year, the amount of overdue debt may grow by 10% and exceed 800 billion rubles. “However, we do not expect a serious increase in fraudulent actions on the part of debtors and attempts to evade the obligation to pay the debt,” he said. — The vast majority of borrowers ask to initiate the deferred payment procedure, which indicates their intention to repay their obligations to the lender.”

“It is obvious that in a difficult economic situation, 90% of debtors are those who found themselves in a difficult financial situation, whose income has decreased, “said Elman Mehtiev, the President of the SRO “NAPCA” (National Association of Professional Collection Agencies). — First of all, we will see an increase in the number of debtors in the unsecured consumer lending segment. Now there are about 5-5.2 million. If we adhere to the basic forecast for the development of the situation and the mechanism of credit vacations will work as expected, we will not see a sharp increase in the number of defaulters. This growth can be kept within 10% if banks offer not only standard credit vacations, but also their own restructuring programs. Then at the end of the year, the number of debtors in this segment will not exceed 5.5—5.7 million people.”

While Fedor Vachata indicates that in the category of debtors, first of all, can fall those citizens who actively take out loans in the hope of better times in order to overcome the crisis. “We are talking not only about the category of people who are ready to take an advantage of the situation and issue a loan, so that they do not return it later, but also about conscientious payers, whose incomes may suffer greatly during the economic recession and who often have no choice but to take a loan,” he emphasized.

Now, according to Elman Mekhtiev, recoverers do not observe a sharp increase in the number of debtors who use coronavirus as an excuse not to pay in principle. “The share of such debtors remains at the same level and does not change for several months in a row: 5%,” he said. – Basically, citizens ‘ appeals relate to reducing the monthly payment or granting credit vacations until the situation normalizes.”

Debt collectors will not be without work: the volume of debts in operation will grow steadily, including those purchased under cession agreements. Thus, NAPCA believes that the cession market will grow by 10-15% in the first nine months of this year. “The largest players are open to purchase and are ready to offer market prices in the range of 2.9% to 3%, which is even slightly higher than last year,” noted Elman Mekhtiev.

However, Pavel Mikhmel, the General Director of the “First collection Bureau” (FCB) believes that now many sellers of NPL portfolios are waiting for further developments. By the end of the year, they will become more active, and prices may fall. “Last year, the average price of NPL portfolios was 2.6%. This year, we expect falling of prices due to the poor quality of portfolios, ” he said. — According to our forecast, offer volume for the first nine months of 2020 may reach 371 billion rubles, which is 10% higher than the same indicator in 2019.”

Simultaneously with banks debt collectors have developed their measures in support of the debtors. According to Mekhtiev, such measures are in effect in all agencies that are members of NAPCA. Debt collectors offer both standard credit vacations and discounting, as well as a reduction in the amount of the monthly payment.

For example, the First Collection Bureau has developed several anti-crisis programs. For those who lose their jobs, the company reduces the monthly payment, depending on the situation, up to 200 rubles for two months. People who are sick with coronavirus are exempt from payments for the period of illness, said Mikhmel. For all other customers for the next month, the company is ready to reduce payment by 50% with possible prolongation. “In addition, it is still possible to provide discounts from 20% to 80%, depending on the situation and financial situation of the borrower,” he added.

A new wave of ” black collectors»

In any crisis, fraudsters become active, and this one is no exception. Participants of the debt recovery market believe that now we can expect a new wave of “black collectors” who are ready to use any methods to repay debts. “In a crisis situation, more than likely the emergence of such “debt collectors,” said Fedor Vachata. — First of all, you must remember that there is a state register of agencies that are legally engaged in debt collection, and you can always specify whether the agency is on this list. If fraudsters come out to you, you should immediately signal to the Federal service of court bailiffs and NAPCA.”

Elman Mekhtiev advises to check the lender initially, even at the stage of loan processing — at least it should be in the register of the Bank of Russia. “This is a kind of security guarantee. Even if there is a violation, it will be much easier to bring to justice such an organization than for one that exists outside the market, ” he emphasized. – The Control Committee of NAPCA is working in the same mode, and we as a professional community are always ready to help people who are faced with illegal actions of debt recovering.”