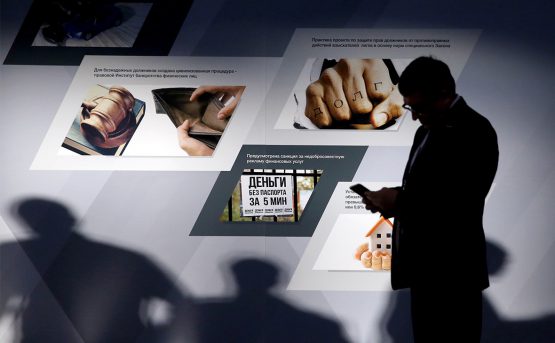 04.04.2019, Russian business daily newspaper RBC published the results of the survey “The reasons for debtors’ refusal to pay their debts” which was organised by the National Association of Professional Collection Agencies of Russia. M.B.A. Finance, Russian subsidiary of MBA Consult Group, took an active part in the research and shared their data collected during 2018.

NAPCA has prepared the statistics on reasons of non-payment, which often debtors use during the conversation with collection agencies.
The vast majority of debtors refer to financial difficulties – about 47%.

Why there is no money

• Almost a third (30%) of those who said about financial difficulties don’t want to pay their debts due to a decrease in their own income;
• 20% of them said that they can’t cope with the current debt burden;
• A slightly smaller number of respondents (18%) claimed about loss of their jobs;
• About 10% admitted that they recently spent a large amount on vacation and other unplanned purchases;
• 5% of those who have no money to pay their debts referred on family reasons.

The second most popular reason not to pay (13% of non-payers) is that a debtor does not agree with the announced amount of a debt. Another 9% of respondents believe that they can achieve debt’s reduction by the court decision. 7% of respondents are absolutely sure that they will not have to return money at all. The same number of non-payers initially didn’t understand the terms of the credit agreement. 4% of respondents said that they don’t know how to pay their debt.

According to NAPCA estimation, the number of “confident non-payers” who purposefully bring a case to court in the hope of being acquitted is gradually increasing. Normally, litigation is an extreme measure in the confrontation between the creditor and the debtor, when all attempts to reach an agreement have been failed. In accordance with the Law on the protection of the rights of individuals in the recovery of overdue debts (230-FZ), debtor has the right to refuse of interaction with the creditor (Bank) or its representative (Collector) after four months of the payment delay. If he uses the right, the only way to recover his debt is to go to a court. In practice, in most cases (over 95%) the court makes a decision in favor of the creditors, said Fedor Vahata, CEO of M.B.A. Finance (the member of NAPCA). Creditor-banks have entire legal departments, so it is easy for them to carefully prepare for the trial, said Leonid Feinberg, General Director of the law firm “Modern protection”. “As a result, the creditor-plaintiff provides a comprehensive number of documents, and the court often makes a decision in his favor,” he added.

In autumn 2017, the Сenter of National Agency of Financial Research issued a survey of Russians’ attitude to overdue payment. More than a third of respondents (38%) said that they do not see anything wrong with a small delay in the credit, but only 8% considered that it’s permissible to refuse to repay debts under any circumstances.
In some cases, it follows from the study of NAPCA, debtors are still ready to repay the overdue debt – and it’s not about money, but “payment in kind”.

Among these methods are: