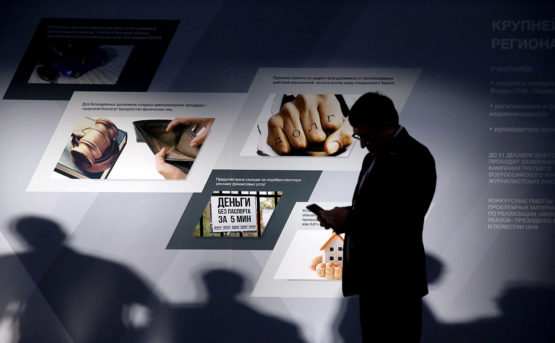 Among the loans that banks transfer to debt collectors, the share of debts with short overdue periods has increased sharply. It reached 59%, estimated in NAPCA (National Association of Professional Collection Agencies of Russia). In the pandemic, banks’ own services can’t cope with the load, debt collectors believe.

Banks began to transfer more debts to debt collectors at an early stage of delinquency, according to the data of NAPCA, received by RBC. In January-October 2020, the share of transferred loans for which payments are overdue for less than a year reached 59%, compared to the same period last year, the indicator increased by 16 percentage points. A third of loans in the agency portfolio of debt collectors (33%) are overdue for less than 90 days, their share increased by 11 p.p. during the year. The transfer of debt at late stages, on the contrary, decreased. Debt collectors directly link the change in the trend to the situation in banks — due to the crisis and the pandemic their internal services are working under increased load, according to the NAPCA.

“Unfortunately, the 2020 shows records of the last two or three years for the growth of overdue debt and the number of debtors. The load on the internal services of banks in the current reality increases significantly so they try to attract debt collection agencies at a much earlier date,” explains Elman Mekhtiev, the President of NAPCA.

Since the beginning of the year, the amount of overdue debt of citizens to banks has increased by 19.3%, to 911.8 billion rubles as of October 1, according to statistics from the Bank of Russia. This is 4.7% of the total retail portfolio of banks.

Due to the fact that many borrowers lost their income during the crisis, it became more difficult to interact with them, Mekhtiev adds. “They need to be brought to a constructive dialogue, and creditors understand that professional debt collection agencies have a deeper expertise in this matter,” the NAPCA President notes.

RBC interviewed representatives of major banks about whether they are changing the format of working with problem loans. “The process of settling overdue debts in terms of interaction with debt collection agencies has not changed. Segments of loans and terms of overdue, on which there is the involvement of counterparties remained the same,” said RBC representative of Sberbank. For the period from January to October, the bank records a “slight decrease” in the volume of transferred debts.

“The pandemic has not changed our approach to dealing with customer debt. The bank does not lack its own resources in debt collecting,” said Natalia Sirota, the Head of the Department for non-judicial debt settlement of Promsvyazbank. According to her, the PSB usually transfers loans under the agency-based scheme, for which the delay exceeds 120 days.

Rosbank “engages debt collection agencies for late delinquencies on unsecured portfolios,” told Ekaterina Aliyeva, the Director of the Department of analytical and customer relations management. From April to July, Rosbank temporarily transferred large volumes to debt collection agencies “during the period of adaptation to new conditions due to the pandemic”. In the second half of the year, the situation changed, and now Rosbank “covers the entire debt collection cycle with its own resources,” she added.

“In our opinion, some banks were forced to renew the portfolio that was outsourced, as not all were able to quickly set up remote work during the pandemic, without losing efficiency,” said a VTB representative. He stressed that the state bank has not changed its strategy.

Other major credit organizations did not respond to requests.

How many debts have banks transferred to debt collectors?

In January—October 2020, professional debt collectors, according to NAPCA, received 7.9 million cases under the agency-based scheme – almost the same as in the ten months of last year. The volume of transferred problem debts for the year increased by 3.5% and reached 501 billion rubles. The average amount of debt in this segment was 63 thousand rubles.

According to NAPCA forecasts, at the end of the year, banks will increase the transfer of debt to professional debt collectors: the number of cases may eventually reach 8.6 million, which is 8.9% more than in 2019. The amount of debt received will amount to 600 billion rubles (+10.1% compared to last year). In 2021, the transfer of problem loans will become even more active, NAPKA expects: the number of recovery cases will grow to 9.6-11 million units, and the volume – to 774 billion rubles.

It is easier to work with debts at an early stage, says Fedor Vachata, the General Director of the debt collection agency M.B.A. Finance: “Most of the debtors are overdue for various objective reasons, and they are ready to contact and discuss solutions for resolving the outstanding debt.”

However, in times of instability, this rule almost does not work, admits Roman Volosnikov, the General Director of National Recovery Service (NRS). “Today the situation is different — we live in a crisis, when the solvency of the population is at a fairly low level, when customers do not have confidence in the future. All this is reflected in the recovery process, which is becoming more time consuming and difficult, and there is more work and cases. It is not enough to call and remind customers, we need to work individually with them, develop new repayment schemes, and agree on new monthly payments,” Volosnikov explains.

We should not bet on debtors with early delinquency, agrees Anton Dmitrakov, the General Director of EOS. According to him, the return to repayment of debts depends on how quickly the client can restore their income, and during the pandemic, this is not so easy. “Often, people with overdue loans of a year or more begin to restore payment discipline, when a person has a new job and income is restored,” says Dmitrakov.

Even if the effectiveness of debt collection increases in 2021, it will not depend much on the structure of agency portfolios, according to professional recoverers. “The creditworthiness of the population is growing, unemployment is stronger, while the level of income is decreasing. In my opinion, this factor will have a strong impact on the future performance of debt collection agencies, regardless of the debt’s stage transferred to work, ” Vachata concludes.